Now I’m no film critic, but Roger Ebert is, and this is what he wrote about it almost 34 years ago:

This isn’t another X-rated potboiler but an adult movie with a certain charm. Even the way it avoids the explicitness of hard-core porn is sort of fun, as the camera suggests that the most amazing things are happening just offscreen.
Kristine De Bell wanders through Wonderland with a blissful ignorance as the inhabitants give her a cram course in 50 ways to keep your lover. She’s just fine: Maybe it’s her perpetual look of total innocence and astonishment in the face of Wonderland’s jolly pastimes that makes her seem so sexy. She looks just like the healthy blond with wide-set eyes and Toni curls that sat across the aisle in high school — or should have.

Here’s a snippet (in pre-restoration quality):

You can get your hands on a restored DVD copy through the usual channels. 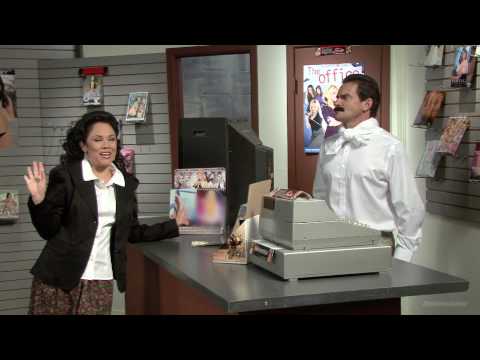