[singlepic id=355 w=300 h=300 float=right]A blog post titled “FACEBOOK: I WANT MY FRIENDS BACK” calls Facebook’s ‘promoted posts’ strategy “the single most misguided thing a major corporation has ever deliberately done, bar none, in the entire history of American capitalism and the world“. Published yesterday, the post has now gone viral, probably due to so many users, bloggers and small companies being fed up with needing to pay for their content to appear on their fans’ pages:

“Facebook has taken a pee in their own pool from quite a lofty height, turning vast armies of ‘influentials’ against the company, people who are now making plans—born of necessity—to bolt from that pool and to stop putting any effort there. Furthermore, Facebook’s greedy grab will have the knock-on effect of causing many blogs to simply throw in the towel, diminishing Facebook’s own business ecosystem and Facebook’s value to its own users to the point where only Axe Deodorant, Taco Bell and Nike will be showing up in your Facebook newsfeed, which after all, is pretty much the sole point of Facebook in the first place!”.

Author Richard Metzger concludes: “They’ve deliberately broken their own product’s biggest selling point” and asks “Whose idea was that?”

Not sure why, but many Israelis have an aversion to the English language; “If it’s in English – I won’t read it” they tell me (in Hebrew). Myself? Although it is not my native language, I use English around the web to allow the entire world to understand what I am saying. And so I had to devise a plan, a hack if you will, to post Facebook status updates in English for the benefit of my multiculti friends, while not bothering my Israeli friends too much.

Luckily, Facebook allows you to put your friends into lists, and allows each friend to belong to more than one list. And so, in addition to my regular lists (‘family’, ‘workplace’ etc), I created a ‘HEBREW‘ list and an ‘ENGLISH’ list and attributed a language to a friend; I even put some of my more gifted friends under both languages.

[singlepic id=277 w=512 h=128 float=center]
After that, posting something in English without my Hebrew-only friends being bothered is as easy as setting the privacy of the status update to ‘ENGLISH’. Sometimes, when I blog in English and post a Hebrew translation on another blog, I publish a status update in English with a link to the English post – and an additional status update, with its custom privacy set to ‘HEBREW; except: ENGLISH‘. Thus, making sure each of my friends only sees one status update, in the language he or she prefers.

Do you like your job? A colleague of mine sure liked his but he got fired. A chain reaction that started with another colleague’s dubious photos shared on Facebook resulted in his termination. I have written about Facebook accidents waiting to happen in the past, but to no avail. Not a day goes by without a friend or a colleague describing a Facebook mishap that could have been avoided by simply knowing what is being shared. I have no idea how people invest so many hours on Facebook without learning the rules of the game. That is why I was happy to see that AllFacebook.com had released a video version of their updated privacy guide.

If people refuse to read – will they watch?

They say everyone should have their heart broken at least once
And that is how you grow emotionally
Well I have been misused by many, many, many men
But nothing can compare to how you treated me.

At times it really felt as though the pain was here to stay
And though it’s many years I go I feel it to this day,
And now you wanna be my friend on Facebook
Are you fucking kidding me?

All the memories are flooding back to me now
All the ways you stole the light from my eyes
I travelled so far just to get away from you
‘Til this morning’s friend request surprise!

At times it really felt as though I’d never smile again
You narcissistic arsehole, oh you nasty nasty man
And now you wanna be my friend on Facebook
Are you fucking kidding…?

I don’t care what kind of cocktail you are,
Or which member of The Beatles or which 1950s movie star
I don’t give a toss if you’re a ninja or a pirate
I suspect you’d be a pirate, but I don’t wanna verify it
And I don’t give a shit what your stripper name is
Or if your kitty had a litter
Look – Just follow me on Twitter
I don’t care about your family tree
And I certainly don’t want you poking me…
again. 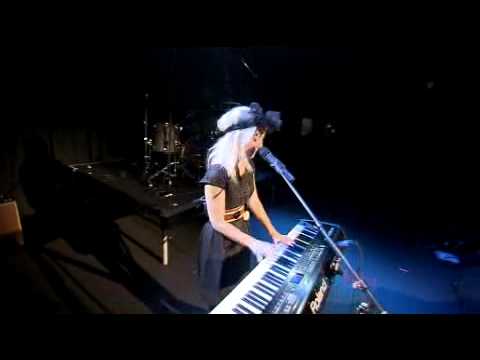 I have addressed my privacy concerns in the past, but every time I do that I am very careful not too come off as too strict or paranoid. Today I have witnessed how things people do in the virtual world can come back and bite them in the ass in the real world. Although it would have made a great teaching case, I will not be able to go into any details since it happened to people I care about.

Facebook is an amazing tool, and its privacy settings are excellent as they allows you to define exactly who sees what. You spend so much time on Facebook, is it too much to ask that you invest 10 minutes just one time to insure it does not ruin your life? I honestly don’t get it. Is it idiocy? Is it technophobia? Why insist on learning a lesson that so many others have learned before you?

Examples? Well, since I cannot go into that recent major one, let’s discuss other acquaintances of mine:

All done? Now sit back and have a laugh:
httpv://www.youtube.com/watch?v=nrlSkU0TFLs

Yes! Just nailed my vanity URL on Facebook: facebook.com/frgdr
It shouldn’t be such a big deal, but unlike other websites that implemented this option from the get-go, Facebook have been postponing this for years.

To share my joy of trivial things, listen to Chumbawamba’s song Add Me:

Audio clip: Adobe Flash Player (version 9 or above) is required to play this audio clip. Download the latest version here. You also need to have JavaScript enabled in your browser.

I have previously addressed IP-based advertising and how it virtually never works in a tiny country like Israel. Lately, I have been seeing a lot of Holocaust related content popping on my screen while I am on YouTube or Facebook, and it gets to be quite annoying.

You see, whenever anyone visits a website, there are certain details about them that are revealed automatically: their IP address, the browser they use, their screen resolution etc. Many websites do not bother to collect this information at all, while others use it for statistic purposes. A lot of websites, like Facebook in our case, show ads relevant to the visitor’s geographical location using an IP-to-city query.

Other website giants, like YouTube, are smart enough to suggest content relevant to the visitor’s location, based on the same mentioned query. All this is good and dandy, except lately everyone and their mother hopped on the user-generated content wagon, and the result for the average Israeli surfer is a bombardment of Holocaust related material, shoved in the face of every Tomer, Dikla or Ari.

Now, I would understand if YouTube somehow got a hold of a list of neo-Nazis, and wanted to mess with their heads so that every time they visit YouTube they would get non-stop Yad Vashem survivor testimonials at the ‘Featured Videos’ section. That would be awesome, and might even prove to be a positive educational experience for a bigot or two.

It’s just that I don’t understand why the unsuspecting Israeli should get the same treatment. As a third-generation Holocaust survivor, I prefer not to be lectured about it whenever I search for the latest skateboarding dog shenanigans, thank you very much.

Israelis love their armchair activism. As long as they don’t have to do anything more than click their mouse, they are willing to show their support. This is particularly evident in the sheer number of people willing to join a so-called online protest, in comparison to how few are willing to put on their coat and walk to the city center for an actual real-world protest.

Armchair activism has a particularly disgusting side as it brings out the trigger happiness in people. In light of recent events, dozens of hawkish Facebook groups were created by Israelis, advocating the annihilation of the Gaza strip. All you have to do is click the ‘Join’ button, and you have instantly shown your degree of ‘patriotism’. Here is a selection of those Facebook groups:

[singlepic id=116 w=200 h=303 float=right]In this atmosphere of collective zeal, I think nothing can be more patriotic than watching War, A Rock Opera this coming Wednesday in Tel-Aviv. The show was created by Israeli musician Kobi Vitman based on his ordeals as an IDF reserve infantry soldier during Operation Defensive Shield in 2002, but it was painfully relevant to the 2006 Lebanon War – and even more so now, as the conflict in Gaza escalates into a ground invasion. The collective Israeli memory is notoriously short, and so watching this show is an excellent reminder of what war is really like in a country where every citizen is a soldier.

Just read an interesting column by Cory Doctorow of Boing Boing on InformationWeek. Here is an excerpt:

…In the real world, we don’t articulate our social networks. Imagine how creepy it would be to wander into a co-worker’s cubicle and discover the wall covered with tiny photos of everyone in the office, ranked by “friend” and “foe,” with the top eight friends elevated to a small shrine decorated with Post-It roses and hearts. And yet, there’s an undeniable attraction to corralling all your friends and friendly acquaintances, charting them and their relationship to you. Maybe it’s evolutionary, some quirk of the neocortex dating from our evolution into social animals who gained advantage by dividing up the work of survival but acquired the tricky job of watching all the other monkeys so as to be sure that everyone was pulling their weight and not napping in the treetops instead of watching for predators, emerging only to eat the fruit the rest of us have foraged.

…You’d think that Facebook would be the perfect tool for [keeping track of our social relationships]. It’s not. For every long-lost chum who reaches out to me on Facebook, there’s a guy who beat me up on a weekly basis through the whole seventh grade but now wants to be my buddy; or the crazy person who was fun in college but is now kind of sad; or the creepy ex-co-worker who I’d cross the street to avoid but who now wants to know, “Am I your friend?” yes or no, this instant, please.